Hey, we know it’s a Yorkie and not a Morkie, but this is Britney Spears we are talking about here! Number 10 on our list is this living legend pop superstar and her little Yorkie puppy – London. 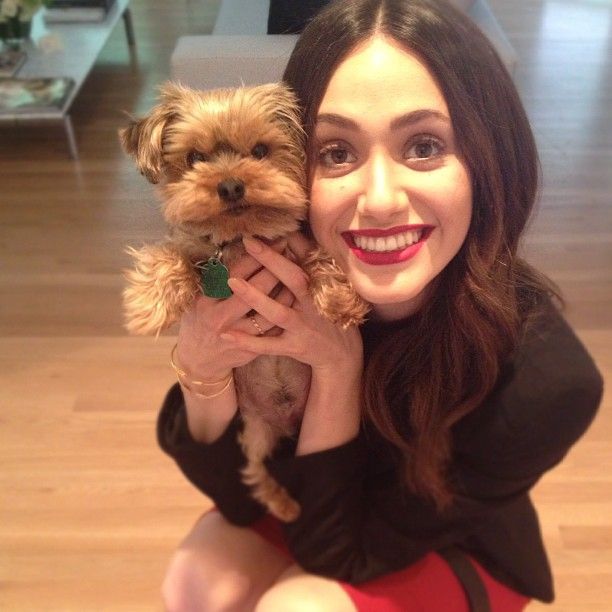 She is not only the hottest young actress around – But she is also a Morkie owner! Number 9 is the beautiful Emmy Rossum of ‘Shameless’. Hilary Duff is not only a big star, she also LOVES dogs and has many of them including a Frenchie and a chihuahua, And this is her cute little Morkie – Jack. Well, it is a Yorkie and not A Morkie, but back in the 1980’s when comedy legend Joan Rivers owned this adorable pup – Morkies still didn’t exist. RIP Joan 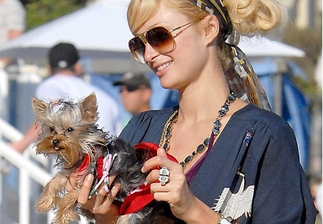 If this was 2010, she would definitely be number 1 on our list. Ladies and gentlemen, the celebrity who invented modern celebrity dog culture – Paris Hilton.

We don’t know about now, but when Orlando Bloom and Miranda Kerr were still a thing, this hot actor loved Kerr’s little Morkie Frankie to death. And that’s good enough for us.

Yes, rappers are Morkie fans too! We couldn’t find its name, but in 2011 Canadian rapper Drake got himself this little Morkie, and they have been happy ever since. WOOF!

Ok, so he’s not Nick Jonas, but close enough right? This adorable Morkie named Riley is the happy pup of Kevin Jonas of the ‘Jonas Brothers’ and his wife Danielle.

Somewhere deep inside, we wish we were Steven Tyler’s little Morkie. According to a 2012 interview, Tyler has a mini Morkie called ‘The Sundance Kid’ (Say What?), which he likes to carry in his pocket. We sure hope you let him out when you go on stage Steven. Number one on our list is infamous pop star Miley Cyrus, who used to have a Morkie named Lila. Wait, used to? Well, like many other things in the Cyrus family, this dog’s life too ended in tragedy, when Miley’s bigger dog Ziggy accidentally killed little Lila. According to Miley’s mom, this has caused the family great sadness and was hard for Miley to recover from. RIP Lila

10 Important Questions On Flying With Your Morkie Dog